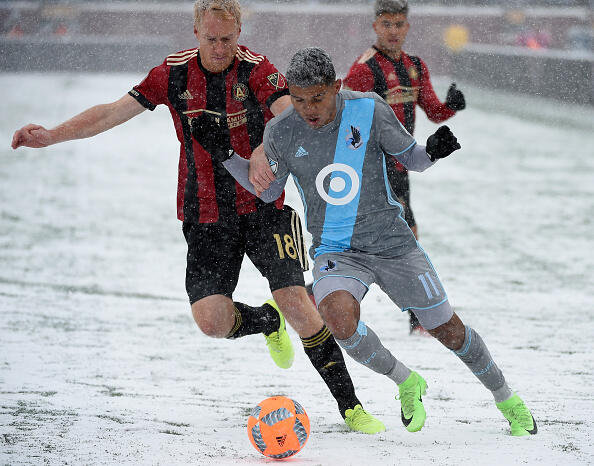 Hoping for the advantage with 23 degree weather, including 2" of snow that fell during the game, the MUFC Loons looked out of sorts for a 2nd week in a row, this time falling 6-1 to the other expansion club in the MLS, Atlanta United. That leaves the Loons with 0 points after 2 weeks with a -9 Goal Differential.

The one "positive" that can be taken from the game? The fans got to see the ref's pull out the often unused orange game ball due to the snow.

It took Atlanta only 3 minutes to get their first goal through Josef Martinez, who would go on to score 2 more before he was subbed off in the 83rd Minute. Martinez is only the 4th player in MLS history to have scored a Hat Trick in a franchises first year in the league.

The one goal that the Loons scored this time came through a PK scored by Kevin Molino in the 30th minute after a hard foul in the box from ATL's Jeff Laurentowicz. 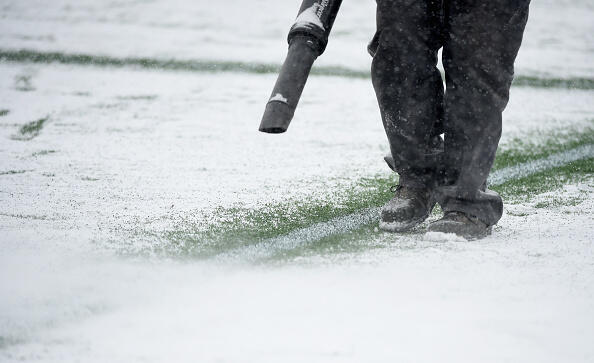 Another thing that broke up the tempo of the game for MUFC, the need for the ref to stop the game every 20 minutes or so for 2+ minutes to clear the snow from the touch lines and the penalty boxes.

By the end of the game, the only clean spots on the field were the touch lines, and the Minnesota United penalty box due to their constant use, despite the fact that the field at TFC Bank Stadium is heated underneath.

Down 3-1 at half, Adrian Heath's team needed to come out swinging, trying to gain a goal back to make a game of it. But there was nothing to be done. Paraguayan Designated Player Miguel Almiron made the gap 4-1 in the 52nd minute.

From there on, MUFC looked even more out of their element, and it showed in their play. Looking more like a lower level team than a competitive MLS side. 2 more goals were scored through Martinez and 2nd half sub Jacob Peterson (who replaced Hector Villalba in the 84th minute). The final goal coming deep into 2nd half stoppage time. 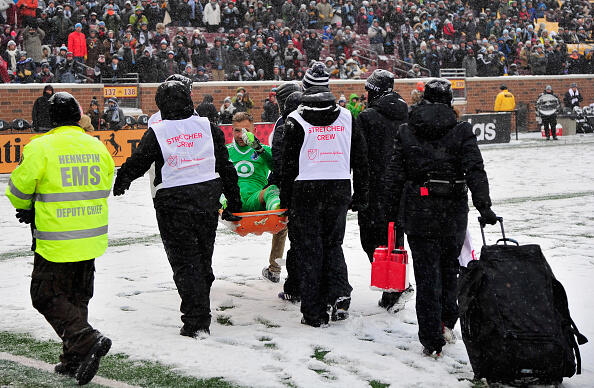 Another concerning note for Minnesota came in the 87th Minute when their #1 keeper, Swedish International John Alvbage, went down with some sort of left leg injury that required him to be stretchered off the field. MLS Veteran Bobby Shuttleworth came in to finish the game, but still allowed a goal before the final whistle was blown. With the defensive concerns of the Loons right now, they can't be down their #1 keeper as well. Shuttleworth definitely has the MLS experience to help in the interim after spending the last 7 years as the keeper for the Revolution, a team they will be facing inside the next month.

Minnesota's schedule isn't getting any easier in the coming weeks, with games against the Colorado Rapids, New England Revolution, and Real Salt Lake in the coming weeks. Adrian Heath needs to find a way to shore up a back line that looks more like little kids than top flight players.

One thing is for sure, if Minnesota United have any dreams of making themselves only the 4th team in MLS history to make the Playoffs in their first year, they are going to have to spend some serious money shoring up their Midfield and Defense. With no Designated Players on the sides as of yet, they have more than enough room under the Salary Cap to make the moves to get the players they need to make a run in the MLS.